Recently when riding full throttle up hill I had a sudden noticeable power loss, upon arriving to my destination I realized my Speedometer/Pedometer/Battery display was malfunctioning. Basically, my TC still works and can change power modes however the battery display reads 0%.

I should note that I've previously had overheating issues with my TC before where both the cord socket and battery socket melted, I contacted the SOCO dealer (here in China) and to my dismay they sent out a kid with a pair of rusty scissors to splice a new cord onto the bike and replace the battery socket. I've also had complete battery failure on another occasion and had to send the battery to the SOCO factory to get repaired.

On this occasion the kid working at the SOCO dealer just repeated the steps of splicing a new cord and replacing the battery socket; to no avail. Additionally, he tried it with multiple batteries but still the Speedometer/Pedometer/Battery displayed 0%. I have little knowledge of ebikes function but I would assume that this would display that it's not a battery or connection malfunction but rather a problem with the Speedometer/Pedometer/Battery display unit. Strangely, the ebike mechanic asked how long I've had the bike (less then 2 years and battery service was 6months ago) and said it was no longer under warranty and shockingly said the TC was pretty much a write off! 😩 😤

I refuse to believe this is the case but rather think that the teenage ebike mechanic was rather incompetent and was just saying that it's a 'write off' to save face and get me to leave the store. Sadly, I have to move and pay a large sum of money to get my TC shipped to another city and was wondering if it's worth salvaging; in case it can be fixed. I can buy a new Speedometer/Pedometer/Battery display unit online and was hoping someone on this forum had previous experience of fitting one that could give me the run down. Any information will help, thanks.

It's likely not dead. The clue is in the overheating issue you mentioned. That's a chronic issue with the TC running unrestricted and the motor drawing more current than the battery can handle. Primarily, overheating exhibits in the battery terminal, which can melt itself and the power cable plug, but you may also sometimes damage the battery management system (BMS) board inside the battery pack.

That the bike drives means that the BMS is probably okay for now. If the battery terminal is damaged, it may mean that the data wires (the small connector holes) arent making a good connection to the bike; the bike isnt getting any voltage data so it shows 0%.

The speedo is likely fine too.

To test: Try another battery. If that works, the problem is the terminal and/or BMS. If it fails the same way, the battery is likely fine: check for faults in the data wires in the power cable and aall the way to the speedo.

Try your battery in another bike to see if the battery is borked.

If everything points to the battery, you can buy a new battery terminal (cheap) before replacing the BMS board.

Nothing is a writeoff yet! 👍

Thanks for the reply; I should note that the overheating issue was probably about 6months back.

"To test: Try another battery. If that works, the problem is the terminal and/or BMS. If it fails the same way, the battery is likely fine: check for faults in the data wires in the power cable and aall the way to the speedo."

When I took it to the shop the SOCO mechanic tried multiple batteries and it still had the same issue; displaying 0%. By process of elimination I would assume that the issue is with one of the components of the bike, and since he changed the battery connector and the cable you could eliminate them as being the issue.

"Try your battery in another bike to see if the battery is borked."

He didn't try this, if it is the battery I could just buy another one and I would assume he would have tried to sell me a factory TC battery as he had plenty in store. I could always just buy one online (both factory and aftermarket) as they are 'relatively' affordable and readily available in China however, they still cost around 3,000cny; which is almost half the price I could buy a brand new NIU scooter. I know it's not a write off, but I'm weighing up the cost factors as I'll have to pay over 1000cny to ship it, 3000cny+ for a new battery, plus labor costs, and I don't know if that's would solve the issue when I could buy a NIU for around 7,000cny.

Do you know where I could purchase a BMS board online?

Don't they have a 2 year warranty. TC MAX does. Also it could be your controller my Speedo stopped registering speed and distance and that was the cause 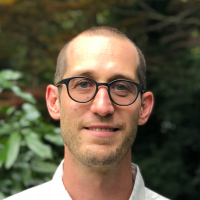